Tiny houses are finally breaking into the mainstream, with a series of books, newspaper and magazine articles written about them, along with a bunch of TV shows dedicated to them. The idea is perfect and easy to sell to people: throw off the shackles of corporate commercialism by downsizing and living in a property which has just the right amount of space for a minimalist lifestyle. No more, no less. Oh, and because the house is a lot smaller, it will be a lot cheaper to buy and it will have lower monthly bills: allowing you to save more money each month.

So what is the problem? Some people think that despite the benefits, tiny houses are not practical for genuine family living, and even individuals and couples will grow tired of their tiny home. Therefore this ‘fad’ could fade as people get used to the realities of tiny living spaces.

Contents hide
So Are They Just A Fad?
Recent Tiny House Popularity
Main Reasons For Living In A Tiny House
Disadvantages Of Tiny House Living
When/If The Tiny House Fad May End
RVs Are Not A Fad

So Are They Just A Fad?

As we explore in more detail later in this article, tiny houses have really started to increase in popularity over the past five years or so. During this time, the world seems to be moving away from commercialism and things like plastic waste: sustainability is now key. Equally, house prices had increased by 3-9% each year over the same time frame.

Is it therefore any wonder that tiny houses – which cut down on waste and commercialism, and are cheaper to buy and run – have grown in popularity? But this could also be the potential downfall of tiny houses: if people are only buying them because they feel forced to, people might stop buying them too.

What do we mean by ‘forced’? Well, some people feel that they have to buy a tiny house because they cannot afford a full-size house, or they see lots of waste and commercialism and ‘rebel’ against it. This makes sense, however the housing market is starting to cool, and it is therefore possible to buy full-size houses for a more reasonable price in many states. Also manufacturers have finally got the message about waste, and are slowly but surely taking steps to reduce its proliferation.

Once full-size houses become (relatively) cheaper to buy, and there is less waste in the world, it may lead to tiny house dwellers (who are craving more living space) giving up their tiny house dream (or rebellion?!) and go back to ‘normal’ living.

The rest of this article – which is partially playing devil’s advocate because we naturally love tiny houses – will take a look at these arguments in more detail.

It is interesting to look at the rise in people Googling for tiny house information in the past decade:

You will see that the interest in tiny houses increased sharply around the 2014 mark. As touched on earlier, this was around the time when house prices really started to increase sharply (2013-2014), sometimes exceeding 9% price rises. It was also the time that environmentalists started campaigning harder on matters like plastic waste (Greenpeace and Friends of the Earth launched their main anti-plastic campaigns in 2015), and the past few years has seen a general movement away from commercialisation – at least if the ‘live in the moment’ mindfulness movements are to be believed.

This natural increase in public awareness of the tiny house movement led to a rise in mass market media too: 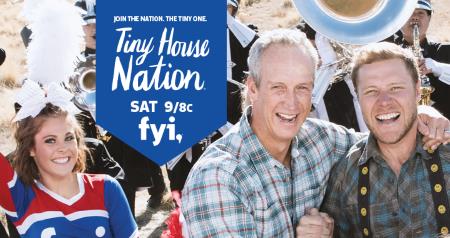 Finally, a 2017 article from Curbed says that ESCAPE – one of the larger tiny house producers – seen their tiny house business grow “around 200 percent” from 2014 onwards.

The conclusion from all the above is obvious: tiny houses definitely have become much more popular in the past half a decade or so, and right now this shows no sign of stopping. It could still be a ‘fad’, of course, but before answering that question, let’s take a deeper look at why people want to live in a tiny house.

Main Reasons For Living In A Tiny House

There are many reasons for wanting to live in a tiny house, a couple of which we have already touched on: 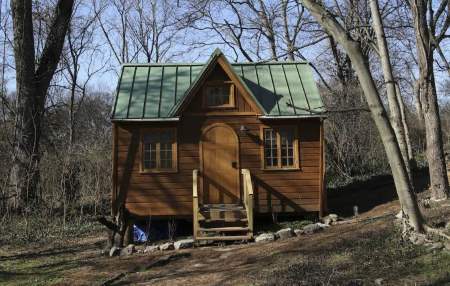 If tiny houses are so perfect, why are people asking whether they are just a fad? Well the answer is simple: there are two sides to every story. Whilst there genuinely are some great benefits to tiny house living, there are drawbacks too:

A fad usually lasts for a few months, or a year or two at most. Tiny houses have clearly surpassed that level, having been around for over a decade and growing in popularity rapidly in the past five years. So the short answer is that the tiny house ‘fad’ probably will not end, because tiny houses have become established as somewhat mainstream (even if they are uncommon and only make up a small <1% of the market right now).

Plus the minimalist mindset – thought to be a key driver for tiny houses – is actually growing right now, be it in America, Europe, Canada or India. So we do not personally think that tiny house adoption will suddenly plummet, leading to newspapers/magazines to stop writing, TV shows to stop filming and the public to stop Googling about them.

However we said at the start of this article that we are playing devil’s advocate a bit. We also mentioned that the two main drivers for tiny houses is a rejection of waste/excess (commercialism) and a too-expensive housing market. Both of these factors are starting to improve, so we could imagine a scenario where some of the people who bought tiny houses and bought into the lifestyle could start looking at buying a standard house instead.

Plus construction techniques are improving all the time, and it is thought that small (but not tiny) houses could quite easily be pre-fabricated in factories. If this was to happen, the price of 600-1200 square foot homes could drop – giving rise to a new generation of ‘small houses’ which could potentially kill off the ‘tiny house’ fad for some people. 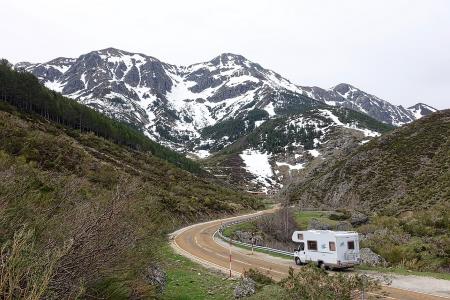 RVs Are Not A Fad

Another bit of ‘evidence’ which says that tiny houses are not a fad are RVs: recreational vehicles are similar to tiny homes in many ways, and they have been popular throughout the 20th century and into the current 21st century. Current figures from the RVIA show that over 10 million American households own an RV, with 9.3% of baby boomers and 11% of 35-54 year olds owning one.

Whilst people use RVs for shorter (usually weekend or week-long) trips, the fact that many Americans spend a large chunk of their vacation time in ‘cramped’ RVs suggest that previous concerns about tiny houses being too cramped (for widespread adoption) are also not correct. In other words, RVs have withstood the test of time and are not a fad – so we do not think that tiny houses are a fad, either.

What Is The Best Insulation To Use In A Tiny House?